The Council on Foreign Relations (CFR), founded in 1921, is a United States 4900-member organization, nonprofit, publisher, and think tank specializing in U.S. foreign policy and international affairs. It is headquartered in New York City, with an additional office in Washington, D.C.. Its membership has included senior politicians, more than a dozen secretaries of state, CIA directors, bankers, lawyers, professors, and senior media figures. The CFR promotes globalization, free trade, reducing financial regulations on transnational corporations, and economic consolidation into regional blocs such as NAFTA or the European Union, and develops policy recommendations that reflect these goals.

The CFR meetings convene government officials, global business leaders and prominent members of the intelligence and foreign-policy community to discuss international issues. CFR publishes the bi-monthly journal Foreign Affairs, and runs the David Rockefeller Studies Program, which influences foreign policy by making recommendations to the presidential administration and diplomatic community, testifying before Congress, interacting with the media, and publishing on foreign policy issues. 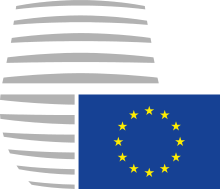 The European Council is the Institution of the European Union (EU) that comprises the heads of state or government of the member states, along with the council's own president and the president of the Commission. The High Representative of the Union for Foreign Affairs and Security Policy also takes part in its meetings. Established as an informal summit in 1975, the council was formalised as an Institution in 2009 upon the entry into force of the Treaty of Lisbon. The current president of the European Council is Donald Tusk.

The European Council is a meeting of the heads of state or government of the European Union.

European Council may also refer to:

The term foreign evolved during the mid-13th century CE from ferren, foreyne "out of doors," based on the Old French forain "outer, external, outdoor; remote" reflecting the sense of "not in one's own land" first attested in the late 14th century CE. Spelling in English was altered in the 17th century, perhaps by influence of the words reign and sovereign. Both words were associated at the time with the most common office of monarch that determined foreign policy, a set of diplomatic goals that seeks to outline how a country will interact with other countries of the world.

The idea of long-term management of relationships followed the development of a professional diplomatic corps that managed diplomacy. Since 1711, the term diplomacy has been taken to mean the art and practice of conducting negotiations between representatives of groups or nations. 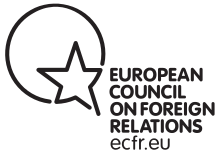 The European Council on Foreign Relations (ECFR) is a pan-European think tank with offices in seven European capitals. Launched in October 2007, it conducts research and aims to promote informed debate across Europe on the development of coherent and effective European values based foreign policy.

ECFR was founded by Mark Leonard together with 50 European politicians, business leaders, public intellectuals and activists. ECFR has offices in Berlin, London, Madrid, Paris, Rome, Warsaw and Sofia and is led by its Director, Mark Leonard and CEO Dick Oosting. ECFR's Council brings together over 160 influential Europeans from 27 countries.